Nintendo playing its hand on F2P

As F2P continues to go from strength to strength many more traditional developers are also getting to grips with the unique model of monetisation and play. Last week Microsoft announced that the new installment of Rare’s Killer Instinct would be F2P and now Nintendo have shown their hand by annoucing ‘Steel Diver’ as F2P. 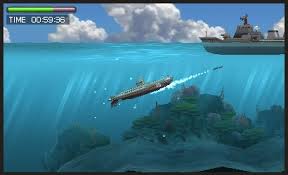 Legendary game developer Miyamoto made it clear how important the multiplayer was for the new game;” We’re exploring from a perspective of where we can take that from a multiplayer standpoint – it’s going to have this four-player battle mode that I think is going to be very interesting,”. Multiplayer and F2P go hand in hand because paying for something when you do not have to is a mechanic that relies on the social connections between players and sometimes developers. Capital overlaps here as the social meets the economic and as many have weighed up with arguments surrounding pay-to-win, there is a morally right and wrong way to go about this from a playfully fair standpoint. It will be interesting to see where Nintendo takes this.